Nobody anticipated that the Base Erosion and Profit Shifting (BEPS) project initiated by the Organisation for Economic Co-operation and Development (OECD) in 2013 could have such a significant impact on bilateral treaties around the world. Skepticism prevailed in the minds of all international tax bodies, regarding the effectiveness of OECD’s BEPS project, in implementing the proposed measures into the existing tax treaty network.

Rakesh Nangia, Managing Partner and Neha Malhotra,  Executive Director contributed an article on  Changing The World’s Tax Treaty Network In One Stroke Of A Pen for BloombergQuint 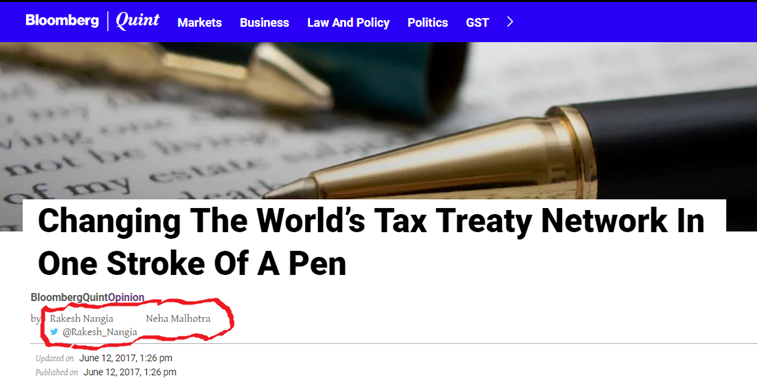