GAAR From April 1, To Be Invoked In Fair, Rational Manner: CBDT

Seeking to assuage investor concerns ahead of the implementation of GAAR from April 1 this year, the Central Board of Direct Taxes (CBDT)on Friday said the provisions of tax avoidance rules will not apply to a transaction that does not carry a tax benefit based on the jurisdiction it is routed through. It said adequate procedural safeguards are in place to ensure that General Anti-Avoidance Rules (GAAR), which seek to prevent companies from routing transactions through other countries to avoid taxes, are invoked in “a uniform, fair and rational manner”.

(This story has been picked up by 92 other news publication like BloomerbergQuint, Poineer, Buisness World, business Today, NDTV, Moneycontrol.com etc)

Attached are links to the article

Attached is link to the article 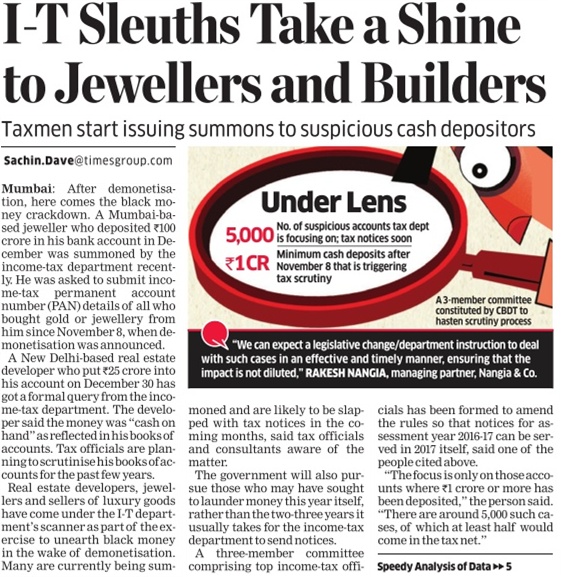