How to get errors in your Form 26AS corrected – Neha Malhotra

One often reads newspaper reports about some prominent businessman having taken up foreign citizenship, mostly of some obscure country offering citizenship to persons who invest a large sum of money there. The speculation generally is that this has been done to obtain income tax benefits. Is this really true? Under Indian income tax law, the scope of taxability of income is based on the concept of residence, and not on the concept of citizenship. 2. Neha Malhotra, Executive Director shares her views on How to get errors in your Form 26AS corrected for Economic Times. 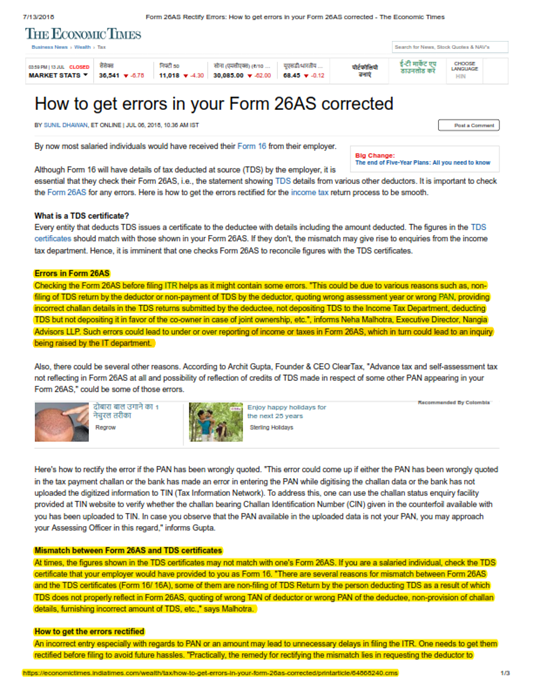